Peter & I dropped off group 1 at Bremen earlier today and here is the summary of what we have achieved:

We covered 307 km on forestry roads and paths on foot and an additional 69 km on bikes.

Over this distance we only found two wolf tracks, but they were under 100 m in length; tracking conditions have not been good generally as the ground is very dry. A 100 m track is a very tough ask, but it is what the official state monitoring protocol requires in order to accept a track as being made by a wolf. It is the one sure sign that tells wolf from dog, because dogs run around much more erratically, whereas wolves save energy and have a real purpose to their gait.

But we made up for the lack of tracks by finding 157 scats. Yes, you have read right. 157! Anyone who ever says that citizen science can’t make great contributions to wildlife research and conservation may now forever hold their tongue! Of the 157 scats, 46 were too old for any further analysis; 111 were good enough for dietary analysis (which will be done over the next few months) and of those 111, 11 were good (i.e. fresh) enough for DNA analysis (also over the next few months)

Looking at the geographical distribution, the 111 scats were found in fourteen different cells of the European 10 x 10 km grid. Compared to last year, the team covered about the same distance within five survey days, but the number of findings is exceptionally high. So we’re getting better with age!

Remember those Biosphere Expeditions priorities of safety, science, satisfaction? Safety: Fine, nothing untoward happened. Science: Bloody hell, well done team 1! Satisfaction: Comes with the science and the days out in the field, but also with a great base and staff at NABU Gut Sunder (thank you!).

Highlights? Visiting the shepherd & wolf commissioner Holger and his guarding dogs was surely a great opportunity to look behind the scenes of a livestock owner and breeder of guarding dogs. Holger is one of those enlightened shepherds who accepts wolves belong in this landscape and creates an opportunity out of the challenge by becoming a wolf commissioner and dog breeder. We need more people like Holger! Being in the field with wolf commissioner Theo and benefitting from his obvious knowledge, not only of the wolf packs in his area, but also of all other wildlife, the dynamics within a forest habitat and nature itself, is also quite an experience. And then there was the excursion to the far north-eastern part of our study area, which gave us the opportunity to operate in a different landscape.

Our last night together on Thursday was spent – where else – around the campfire. For some it lasted into Friday….

Thank you to everyone for making this a fun and very effective week. I hope you all enjoyed the last week as much as Peter & I did. Safe journeys back home!

Team 2, you have big boots to fill and I look forward to meeting you all tomorrow morning at 11:00. 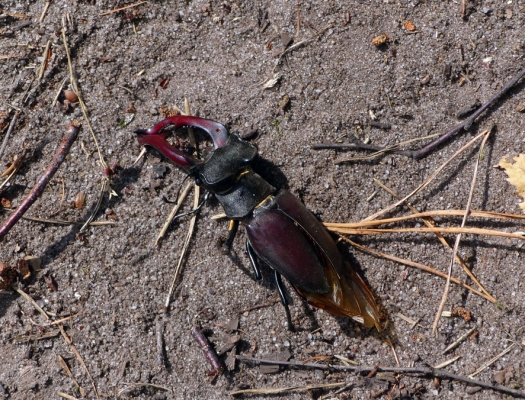 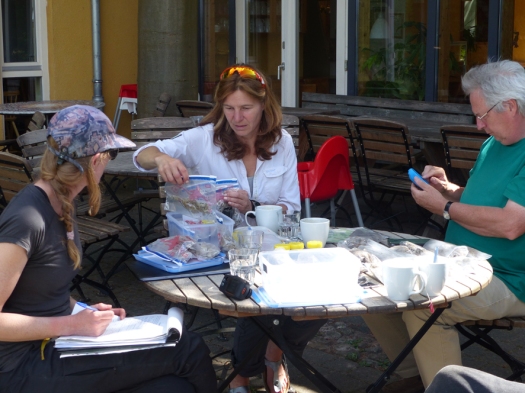 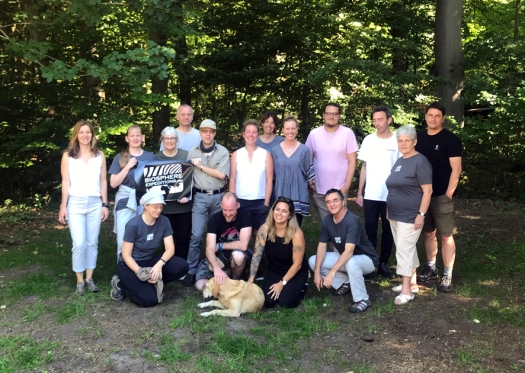