So in summary, over the seven days of our community expedition, we

Scats for nutritional analysis will be sent to the University of Veterinary Medicine Hanover, Foundation and the genetic analyses will be performed at the Senckenberg Institute.

It will be very interesting to see what “our” wolves have eaten and whether their pack composition has changed, the territories have shifted or evidence of reproduction can be gleaned from our samples.

So all in all we achieved a lot under this year’s difficult conditions of reduced time, funding and helpers due to the absence of our usual teams of international citizen scientists. But still, we were able to determine in which areas the wolves are not roaming at the moment 😉

Wolf commissioner Kenny is scheduled to investigate the remaining areas in the next few days to have a closer look where the wolves are now. Good luck, Kenny!

We would like to thank all supporters who made this community expedition possible – especially Biosphere Expeditions for the funding via their coronavirus appeal, their logistical support and equipment. We would also like to thank the wolf bureau at NLWKN, the Lower Saxony State Forests and, of course, our fellow wolf commissioners and helpers for their support. A very special thanks goes to Kenny and his Biohotel Kenners Landlust for their flexibility, accommodation and fantastic food.

Göhrde forest is usually a bank for fresh scats. But everything is different this year. Four teams in the forest all day Monday and we found almost nothing – just one old and one fresh scat. Local wolf commissioner Kenny was also baffled, wondering where the Göhrde could be, but then the area really is huge.

On Tuesday we met with our old friends and fellow wolf commissioners Ulrike and Volker to explore various areas in the Wendisch Evern territory. The key question in this area is whether there are offspring. A pair of wolves has been documented there for a while, but reproduction has never been proven. There, too, we were only moderately successful, despite having had four groups in the field for the day in six different areas. We found only one scat good enough for nutritional analysis. The think the core area of the wolf pair is probably on a restricted military area, which we are not allowed to enter.

So we walked over 200 km on Monday and Tuesday and only had very scarce findings to show for it.

But Wednesday was the day. We drove to the Amt Neuhaus area on the eastern side of the river Elbe with four teams. Teams 1 and 4 were reasonably successful, team 3 found an unbelievable number of almost fifty 2-4 week old scats! However, most of them were no longer usable for nutritional analysis, as theywere too old, rotten or incomplete – so those stayed in the field. But team 2 stole the show and brought home 29 samples, some of them fresh and complete enough to run genetic analysis on. As a reward for all the kilometres we covered, we treated ourselves to ice cream!

Thursday is our last day of the community expedition. Too bad, as there is still so much to do and we’ve also had great fun together. It only goes to show how important the full international expeditions, with more people and more time, are for gathering monitoring data actively. We are doing what we can this year, given the circumstances, but are already looking forward to having a full expedition out again next year (see the dates and join us then!).

When we all met at base on Sunday, Lotte, Jana and Lea with detection dog Molly had already finished some surveys the two days before. Their study area was the Walle territory as the status of wolves there is currently unclear. They only found old wolf scats, some of which can still be used for nutritional analysis, but not for genetic studies, as they were not fresh enough.

We started our community expedition with a brief review of methodology and sampling procedures. Wolf commissioner Kenny gave us up-to-date information about the wolves in the areas to be surveyed. In short, we want to help prove that wolves are reproducing in the study areas, ideally via genetics.

After the introduction, we spent the rest of the day in the field in three groups until dinner. In the afternoon the sun burned down hard on us, so at the end of the day, everyone was very glad to have a chilled drink at our Kenners Landlust expedition base. We found some wolf scats, but it’s too early to make deductions based on those alone.

This morning a few of us went on an early morning excursion before we had breakfast with the late risers. We made no significant findings, but spent a wonderful morning in Göhrde forest. Our day today involved four teams out in the field in light drizzle. More in the next diary entry.

Many thanks to all the generous donors who have contributed to making our community expedition possible this year. Having reached our target recently, we are now all systems go and will start at the end of this week.

We will meet with our wolf commissioner colleagues, the wolf bureau, Lotte, Lea with dog Molly, and some incorrigible scat seekers from the region. Many thanks to the wolf bureau, the Lower Saxony State Forests and our base for this year, Biohotel Kenners Landlust.

Some of us are already doing pre-expedition surveys to investigate some more distant areas before setting up our base with all participants on Sunday.

As always, we want to find wolf scats for genetic studies and nutritional analysis, and as every year, I am very intrigued about what we will find in the field. As many of you know, although much is know about wolf territories in Lower Saxony, there is also a significant lack of data and therefore understanding about wolf individuals and their reproduction in many parts of our study site. Our expedition this year, although much smaller than usual and planned due to the pandemic, aims to address this.

Wish us luck and watch this space for further updates.

We were looking forward to continuing our active wolf monitoring for the fourth year in a row. But then corona came.

Still, thanks to the Biosphere Expedition’s coronavirus appeal and the generosity of the donors, we can still run a small field campaign this year (there are still €451 missing to our target, so if there is anyone out there feeling generous, there is still time to make up the shortfall; we can run the community project as is, but with the extra funds, we would not have to compromise on a few things).

Preparations are underway and we have found an alternative base, because our usual ‘Herrenhaus’ base will not reopen until August. We are in contact with our friends from the state wolf bureau, the State Forests and are ready to get going soon. The team will comprise myself, Lotte Steinberg (who now works in wolf conservation in Thuringia), some wolf commissioners and also some former local citizen scientists who have attended the expedition every year since its start (and therefore are very experienced and do not require any training).

The wolf population in Germany continues to rise and there are some local hotspots where livestock is predated upon. In addition, wolves are pushing into new areas, which never fails to create anxiety within local human populations affected. There is an intense debate going on in Germany about wolves.

This is why baseline data are essential and it’s great that we can continue to collect data this year, in spite of corona, even if it is on a much smaller scale and without the help of international citizen scientists. You will be missed, not just because of the data you collect, but also because of the team spirit you create.

Once again many thanks to all donors who have made this community expedition possible. Without you, we would not get into the field this year.

Watch this space for updates… 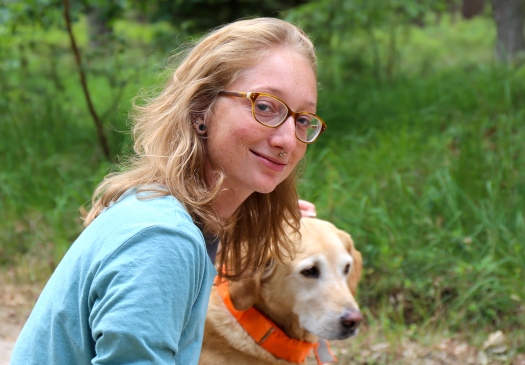