I was able to get out to sea a few more times in October and twice in November.

On 15 October we headed once again to the South of Pico, where the lookout had seen some sei whales and dolphins. After a quick look at the common dolphin, because the lookout was impatient that we get to the sei whales, we headed further down the coast. But first we found a group of bottlenose dolphin, followed by spotted. As we were about to head out, another boat found some Risso’s dolphin closer to the coast. There have not been many Risso’s sightings this summer, so we headed in to see them first. And it was a good thing that we did. I sent the ID photos to Karin Hartman of the Nova Atlantis Foundation, who has been studying the Risso’s for a long time. One of the individuals we saw was S9c, who was first seen in 2002! She had not seen him for some time, so was extremely pleased with our sighting. There appeared to be some bottlenose dolphin interacting with part of the Risso’s dolphin group too, which isn’t seen very often.

In the end, we were lucky to find the sei whales, because the lookout had lost them. In the morning, it is sometimes difficult for the lookout to see to the east, depending on the glare (past expedition members will know this term well!) of the sun on the surface of the sea. At first, they were travelling very fast, up to 13kts to the NW, but eventually slowed up and may have found some food or decided to socialise, because we saw a head out from one of them. The angle that we saw from the boat, made it appear to be a sperm whale to start with! Which would have been extremely surprising, since the lookout hadn’t seen any around. It was confirmed by the photos, that it was the underside of the jaw of a sei whale that we saw. We thought there were two sei whales, but in the end there were three based on the ID photos.

On 16 October, there was a huge group of spotted dolphin feeding with 100s of Cory’s shearwaters and tuna! The dolphin, shearwaters and the tuna are all after the same bait-fish, in this case snipe fish. The whole feeding frenzy was spread over about a mile or so. And then we were lucky to find a group of bottlenose dolphin that had escaped the eagle eye of the vigia.

On 28 October we went to see some bottlenose dolphin, using the dorsal fin IDs, it is the same resident group that we have been seeing the last few trips out. Most of the dolphin were not interested in the boat, but a couple did come over and bowride as the group moved to the southeast. There were some quite large swells around and those made for some good photos as the dolphin either came out of them or surfed down them. One of the bottlenose dolphin had a cookie cutter shark bite on the tail stock. These small sharks attach and take small circular bites out of whales usually, but sometimes they can also have a dolphin snack.

On 6 November, I made a road trip to Pico, since that was the only likely place to get to sea. Unfortunately, the sea down there was really rough. And although we saw some spotted dolphin, the camera stayed in the case!

My last day out of 2020 was 7 November. And that was unexpected. I was not planning to go out, but the vigia called to say he had sperm whales! This was the first time in a while that sperm whales had been seen instead of sei whales. So I decided to go out on my own and see who was around. Some more surprises, 1019’s group was still hanging around! They have been here since the middle of June, with another sighting at the beginning of September. This group has been to the Canary Islands in the past, so not sure if they will be sticking around here or making the trip south. Anyway, it was a good decision to go. The whales were only a mile or so from the area we covered on the 6th. We also came across a dead Cory’s shearwater, probably a young one that had just left the burrow. It is a steep learning curve when they get out onto the water for their first year. There was no obvious cause of death and we didn’t have any thing to bring it back to shore in, for a more thorough investigation.

During the downtime in between trips, I have been working with a new fluke matching algorithm. The results are amazing, with the program finding matches that had not been previously found. Attached are a few examples. One where instead of three separate IDs there is only one, another where there were some significant changes to the fluke, but the algorithm saw that the basic contour was still the same and another with a few changes. There will be more to come on this program soon, it is almost ready for its public launch.

Thank you very much to Biosphere Expeditions and its donors for the support to get out to sea whenever possible this summer. Hopefully things will be different in 2021 and the expedition will be back up and running as usual.

Stay safe everyone and see you on the water!

P.S. SEAFARI sightings are now online for August/September and October. 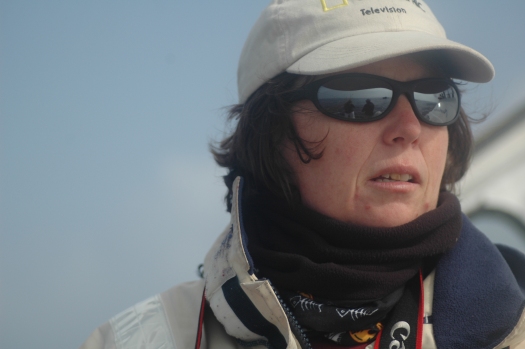