We have caught another lion on our camera traps,

as well as a never before recorded caracal! 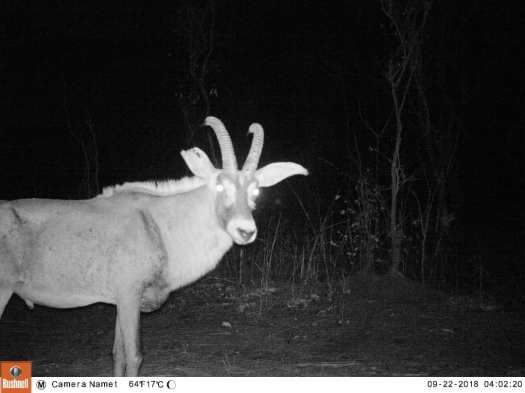 We also spotted some Lichtenstein hartebeest on one of our Large Mammal Driving Transects in the north part of the reserve. These species have only been spotted once before; they are also a first for our Biosphere Expeditions project and we never see them down in the south region of the reserve where camp is.

“It was so nice, we saw four of them about 100 meters away. We also found a scull of one, so this seem to be where they hang out”, explaines Eckhart, one of our citizen scientists from Germany.

Yesterday, we had a lovely time during our Primate Observations. Anneliese from the UK: “We sat for over an hour with a troop of adult male yellow baboons that were baby-sitting a number of juveniles. They did not seem to mind us at all. It was amazing.”

With only a few days of surveying left, we have been very busy in camp entering data and analysing camera trap images during our spare moments between surveys.