Team 1’s opportunistic camera trap survey was quite successful in terms of capturing more elusive and/or nocturnal species that haven’t been mapped during the day surveys. Amongst them is also a very good leopard picture captured during daylight. 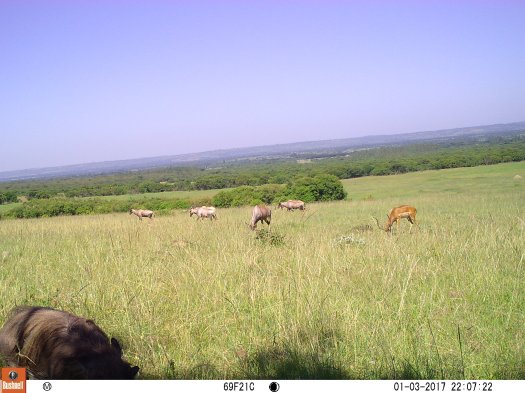 We redeployed seven camera traps on Tuesday for another two-week opportunistic survey. This time we set them up much more specifically for rarely seen or nocturnal species and smaller mammals such as colobus monkey, mangoose, civet, etc. Four cameras were placed around Nubian camp in the forested area at the bottom of Kileleoni hill. They will now survey for us a “leopard tree” located at the campsite itself, a waterfall, as well bunches of ripe fruit on a massive fig tree up a steep narrow valley east of Nubian camp. Two more cameras were placed at the salt lick beside Memusi dam to find out more about the variety of species using the place. 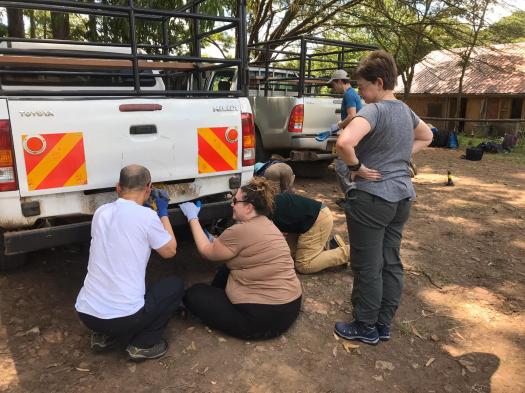 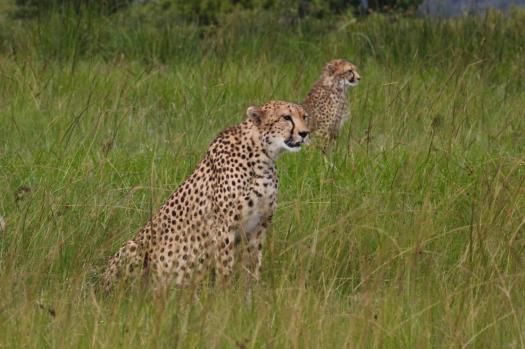