Hopeful results from our Reef Check surveys in the Maldives: resilience, recovery and adaptability

Our ninth annual Reef Check survey in the Maldives has come to an end. It has been an insightful, rewarding journey with a great team effort to collect valuable reef data. A first analysis of our survey data reveals there are different responses of the coral reefs to bleaching events. Previous surveys in Ari Atoll revealed that corals on inner reefs suffered severely from the 2016 bleaching, whereas those on outer reefs seemed to be coping better. Reefs didn’t recover in 2017 and 2018. However, this year in South Male’ and Vaavu Atoll we’ve noted baby corals growing well at new sites that we thought would be badly damaged, showing a greater diversity of corals ‘pushing through’ from the dead layer below. Before the bleaching event, a type of coral called Acropora were dominant, and almost ubiquitous. These are always badly affected by warming events. Our concern was that with Acropora-dominated shallow reefs being devoid of coral, the new freed up space may be dominated by algae and sponges – leading to a catastrophic decline in the very structure of islands that are built on hard corals (this is what has happened on the Bahamas already).

However, our surveys have shown resilience (of corals that are resistant to bleaching), adaptability (some reefs have other species coming through), and recovery (baby corals are almost everywhere). Water temperatures are still rather high and another temperature spike could still kill many of the corals we have seen and some of the newly settled small corals from the last year were bleached… So, while we are reasonably optimistic about these findings, further monitoring efforts are needed to follow up on these trends.

During our last two days, we were treated to some of the larger marine wildlife. In Dighura (South Ari atoll), we went looking for whale sharks to support the local NGO, Maldives Research Whale Shark Programme (MRWSP) that surveys them regularly in the area. After more than two hours of searching, Arish caught a glimpse of one just as it was diving under the boat. We circled around the area for a while with all eyes focusing on the water, but unfortunately were not able to relocate it and eventually decided to end the afternoon with a dive. While we were enjoying beautiful reefs in the deep, Jilian, our expert snorkeller on board and guide Suhag did manage to eventually find the 4 m long whale shark close to the surface and take some footage and data.

Meanwhile, on our last dive we saw marble rays, reef sharks, hawksbill turtle and humphead wrasse on top of all the smaller reef life we have all learnt to appreciate and understand a lot better during this week.

And there was more to come: a cruising manta ray was spotted near the boat when taking off our gear. We jumped into the blue again, quickly to realise that only the fastest swimmers could keep up and enjoy some precious moments with this gentle giant.

On our last afternoon our local placements on the expedition, Beybe and Farish, guided us around Villimale’ island to show us the efforts of their NGO ‘Save the Beach Maldives’ on tackling littering, coral restoration, as well as the future marine learning centre, where they will train more locals in Reef Check surveys to upscale monitoring efforts across the islands and engage young Maldivians in the conservation of their marine biodiversity. Over the years more than 100 volunteers have become involved, including local scout groups. Their year-long efforts on marine littering have clearly paid off, which was clear as we were strolling along pretty, clean tree lanes with colourful houses. We look forward to following their future conservation actions. This visit was also a reality check into the daily lives of the locals -far away from the liveaboards and fancy island resorts – and a unique goodbye for all of the citizen scientists, who have put in a lot of work, effort and dedication. Thanks to you all for making this a successful expedition. Shukuriyaa and more to come next year! 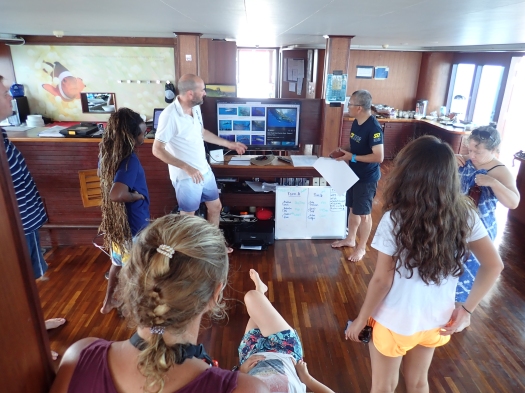 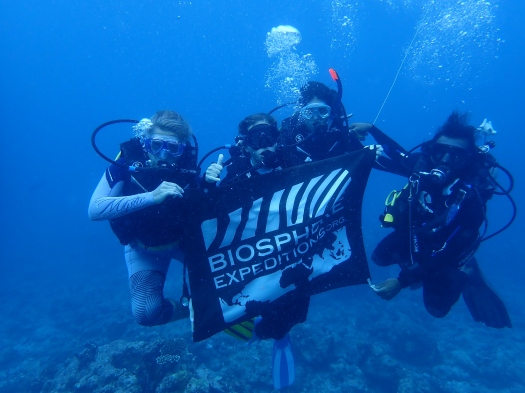 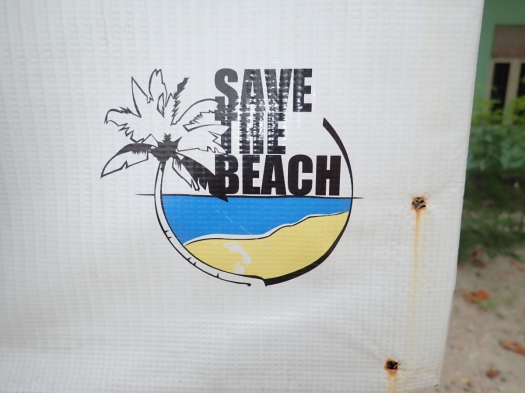