For those of you waiting impatiently for the results of the camera traps, they are now on https://biosphereexpeditions.wordpress.com/ (apologies for only getting this out now, but my internet connection was virtually non-existent until today).

Without much further ado, we found three pictures of a jaguar. The pictures were taken on the trail grid on Saturday morning, only a few hours after the SD card was exchanged. It was on Saturday morning when our friend walked by – I guess he enjoyed the silence while we were on our way downriver to the main lodge. The camera was located at I9 so close to the footprint found a day earlier at G10. Unfortunately the pictures are blury due to a fungus covering the camera’s lense. Thanks to Photoshop, the result is not too bad, don’t you think? 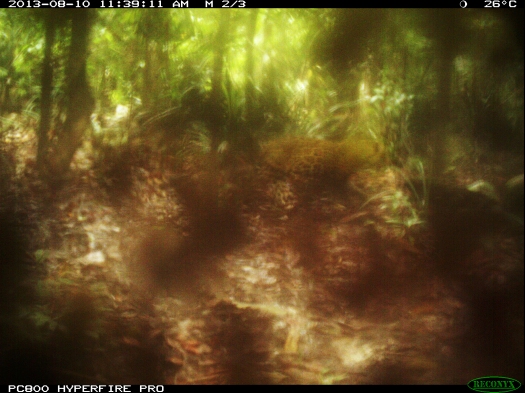 Another thrilling result is a picture of a jaguarundi taken at terra firme. For the first time ever the presence of this speices has now been proved by a picture – you can imagine that Alfredo is very happy about it. His first conclusion is that the elusive cat possibly never comes down to the flooded areas. 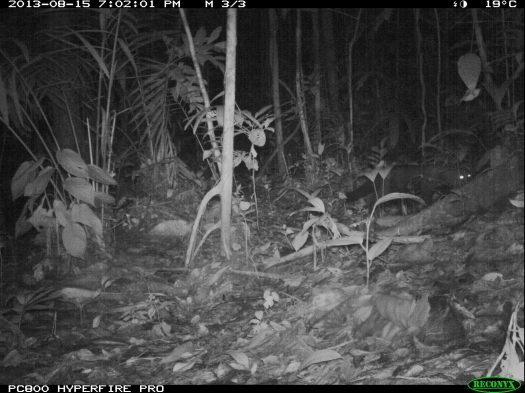 A great number of other mammals were also potographed: opossum, red brocket deer, agouti… more agoutis, armadillo, paca and yes – you guessed it – a yellow-crowned brush-tailed rat! Considering that the camera traps have only been out for nine nights our work including long walks beyond the trail grid has already been greatly rewarded.

From our conservation holiday volunteering with jaguars, pumas, ocelots, primates and other species in the Peru Amazon jungle.